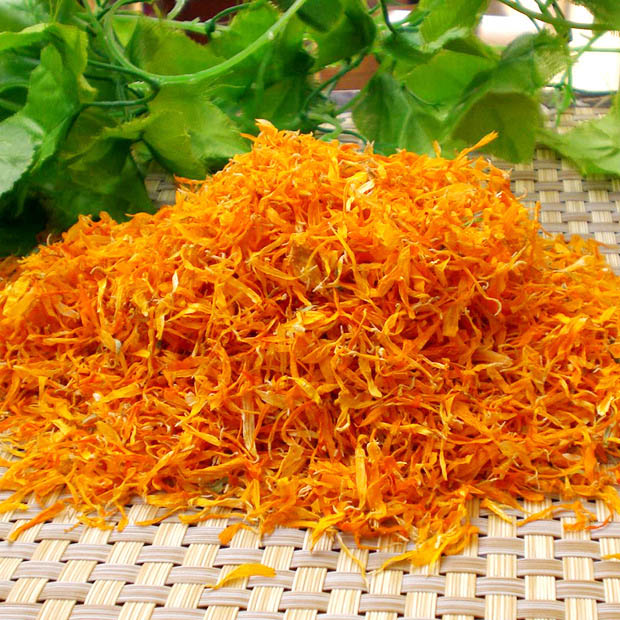 Calendula officinalis L., a biennial herb of Compositae, is hairy. Leaves alternate, oblong. The flowers are yellow or orange yellow. The flowering period is from April to September and the fruiting period is from June to October. Like to grow in a mild, cool climate, afraid of heat, cold. It is native to southern Europe and the Mediterranean coast. Calendula is rich in vitamins, especially vitamin A and vitamin C, which can prevent pigmentation, enhance skin luster and elasticity, slow down aging, and avoid skin relaxation and wrinkle[ 1] Almost all parts can be eaten; The petals have the function of beauty. The petals contain carotenoids, lycopene, chrysanthin, volatile oil, resin, myxoid, malic acid, etc. The root contains bitter substance and kaempferol; The seeds contain glycerides, waxy alcohols and alkaloids. Put it in shampoo to lighten your hair. Ancient Egyptians believed that marigold could delay aging, while Indians revered it as a sacred flower. In the middle ages, marigold was used to cure the wounded and fight against plague and black death.

Marigold is one of the most common herbaceous flowers in early spring gardens and cities. In the ancient West, it can be used as medicine or dye, also as cosmetic raw materials or food. Its leaves and petals can be eaten, so it can be used as decoration of dishes.

Calendula fruit is rich in vitamin A, which can prevent pigmentation, enhance skin luster and elasticity, slow down aging, and avoid skin relaxation and wrinkle. It can also prevent civilized diseases, such as vascular diseases and cancer, regulate qi and relieve cough, strengthen stomach, remove phlegm, prevent asthma and bronchitis. Kumquat also contains vitamin P, which is an important nutrient to maintain vascular health. It can strengthen the elasticity of microvessels, and can be used as an auxiliary nursing food for hypertension, arteriosclerosis and heart disease.

Calendula is suitable for single bubble, or with green tea. Brew with a teaspoon of dried Calendula petals and simmer for about 3-5 minutes. The golden tea sets off the floating golden petals and has a delicate fragrance. It tastes sweet and slightly bitter, and can be seasoned with honey. When you have a cold, drinking Calendula tea will help reduce fever, cool and reduce fire. It also has the effect of relieving spasm and promoting digestion, which is very suitable for patients with peptic ulcer. In addition, it can promote blood circulation. It can also alleviate alcoholism, so it is also beneficial to the liver. But pregnant women should not drink marigold tea.
Usage and dosage: 1.8-4.5g

Excavate in autumn, remove the fibrous roots, wash, dry until soft, knead repeatedly, air dry until there is no hard core, and dry; or after steaming, knead until translucent, and dry 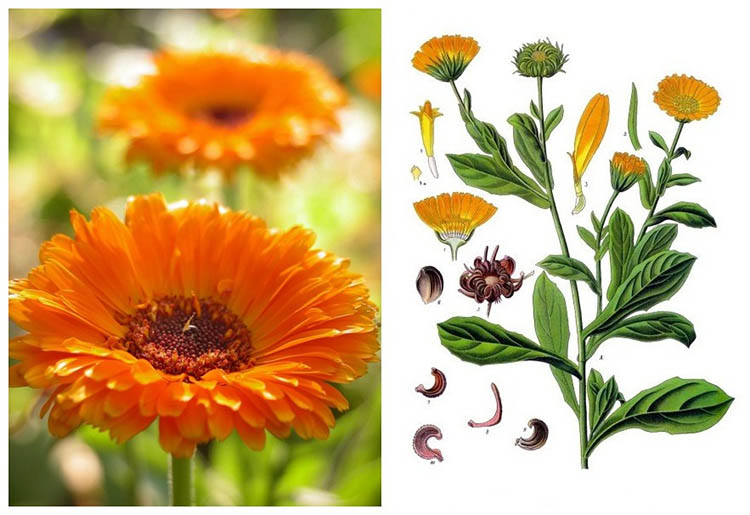 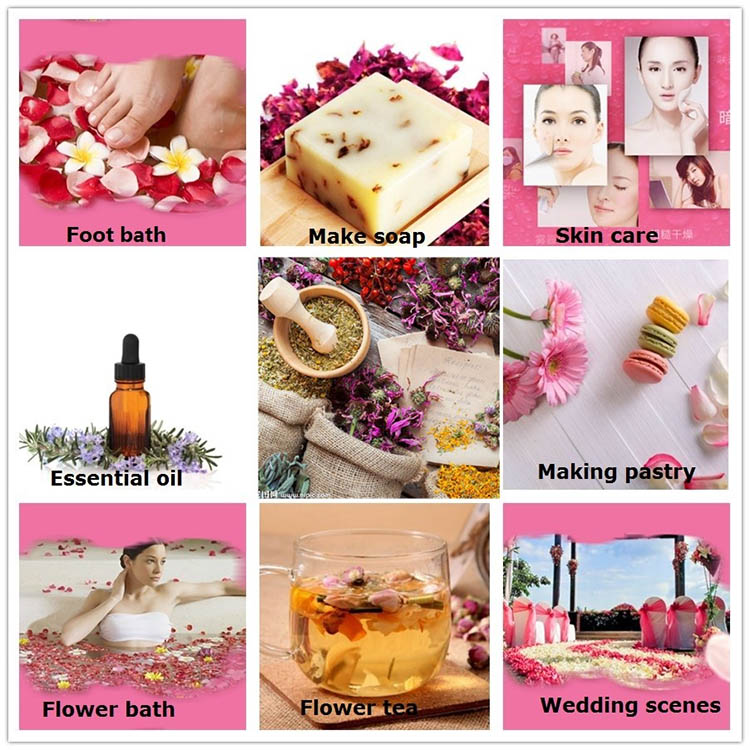