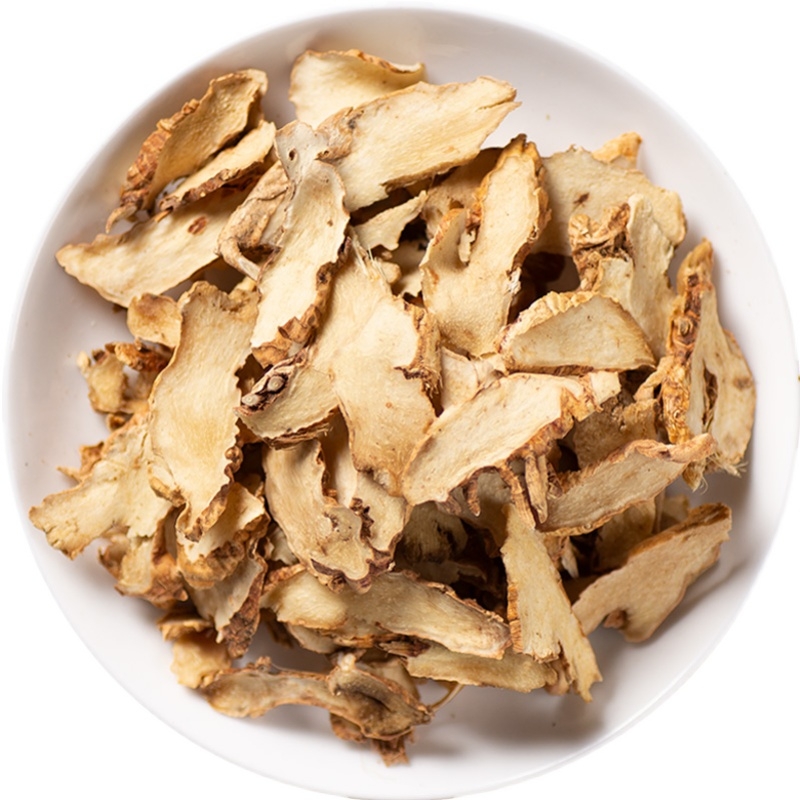 Anemarrhena asphodeloides, the name of traditional Chinese medicine. It is a perennial herbaceous plant with rhizomes. The leaves are clustered from the base and slender lanceolate. The flower stems grow from the leaves. They are cylindrical and erect. They are clustered and grow into spikes at the top; Pollen red, lavender to white; The fruit is oblong in shape with many black seeds. The flowering and fruiting period is from June to September. It can grow in barren mountain, desert and wasteland with drought and less rain. It is the first choice for greening mountain and wasteland. Strong adaptability, wild in the sunny hillside edge. Grassland and weeds. Most of the soil is loess and humus soil. It is cold resistant. It can overwinter in the field in the north. It likes to be warm and drought resistant. It should be properly watered in the old seedling stage. It should not be watered too much during the growth period. Especially in the high temperature period, if the soil moisture is too much, the growth is poor, and the rhizome is easy to rot. The soil should be loose humus soil, low-lying water and excessive soil should not be planted. 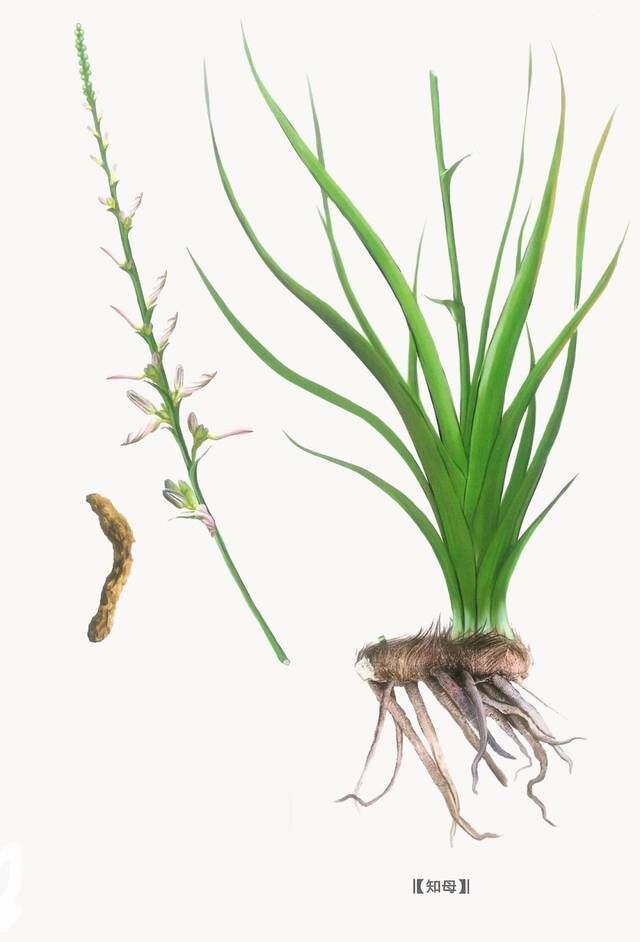 1. "Shen Nong's herbal classic" says: "in the heat of Xiaoke, it can eliminate evil Qi, swelling the limbs, enter the water, replenish deficiency and replenish qi."
2. "Other records of famous doctors" said: "it can cure cold, malaria and fever for a long time, lower evil Qi, evil in diaphragm and jaundice in wind and sweat."
3. Qiyuan of Medicine: "Anemarrhena asphodeloides," in the book of indications and secrets, it is said that it is an assistant for diuresis, and it is the traditional Chinese medicine for kidney. Stir fry the upper part and meridians with wine. It's better to shave off the hair
4. Compendium of materia medica: "the kidney is bitter and dry, so it is better to eat pungent to moisten it."; The lung is bitter and adverse, so it is better to eat bitter to diarrhea. Anemarrhena asphodeloides is hard and cold. It can moisten kidney dryness and nourish yin in the lower part, and clear lung and fire in the upper part; Phellodendron amurense is divided into two drugs by kidney and blood, so the two drugs must be used together. In the past, shrimp and jellyfish, for example, must be attached to each other. "
5. "Ben Jing Feng Yuan": "Zhimu," Ben Jing said in addition to evil Qi, limb edema, refers to damp heat and water. Therefore, it is the time when dampness and heat are combined with fire to replenish qi. Therefore, it can be used to clear away heat and nourish yin. If the evil heat is removed, the healthy qi will be restored. "
6."Materia medica justice" says: "Anemarrhena asphodeloides is cold and moist. It can stop excess fire. It can relieve the heat by purging the lung. It is appropriate to cough due to lung carbuncle dryness, but it is taboo to cough due to deficiency heat. Clearing the stomach to save the body fluid, eliminating the heat in the lung is appropriate, and the temper is not strong also avoid. It is a standard agent for strengthening yang but not impotence. Fever in Yangming, thirst, sweating, pulse Hongli heat, with plaster to sweep inflammation; The syndrome of malaria lies in Taiyin. It is fumigated with damp and turbid, sweating and hot. It is used to relieve spleen heat. The overall detailed indications, but the actual heat more than four words range

In spring and autumn, they were dug to remove the fibrous roots and sediment, and dried in the sun; Or remove the skin and dry in the sun.

Remove whiskers, sediment or skin and dry in the sun. Slice into medicine, raw, or salted. Place in a well ventilated and dry place, moistureproof, for slicing, medicine, raw or salt water.